Memoirs of Methodist College and Tributes to the Greats

[Please send in your contributions via the Contact page or via email to methodistcollegeoga.site@gmail.com]

Remembering a very special person on her 85th birth anniversary

April 30th is always etched in my mind since 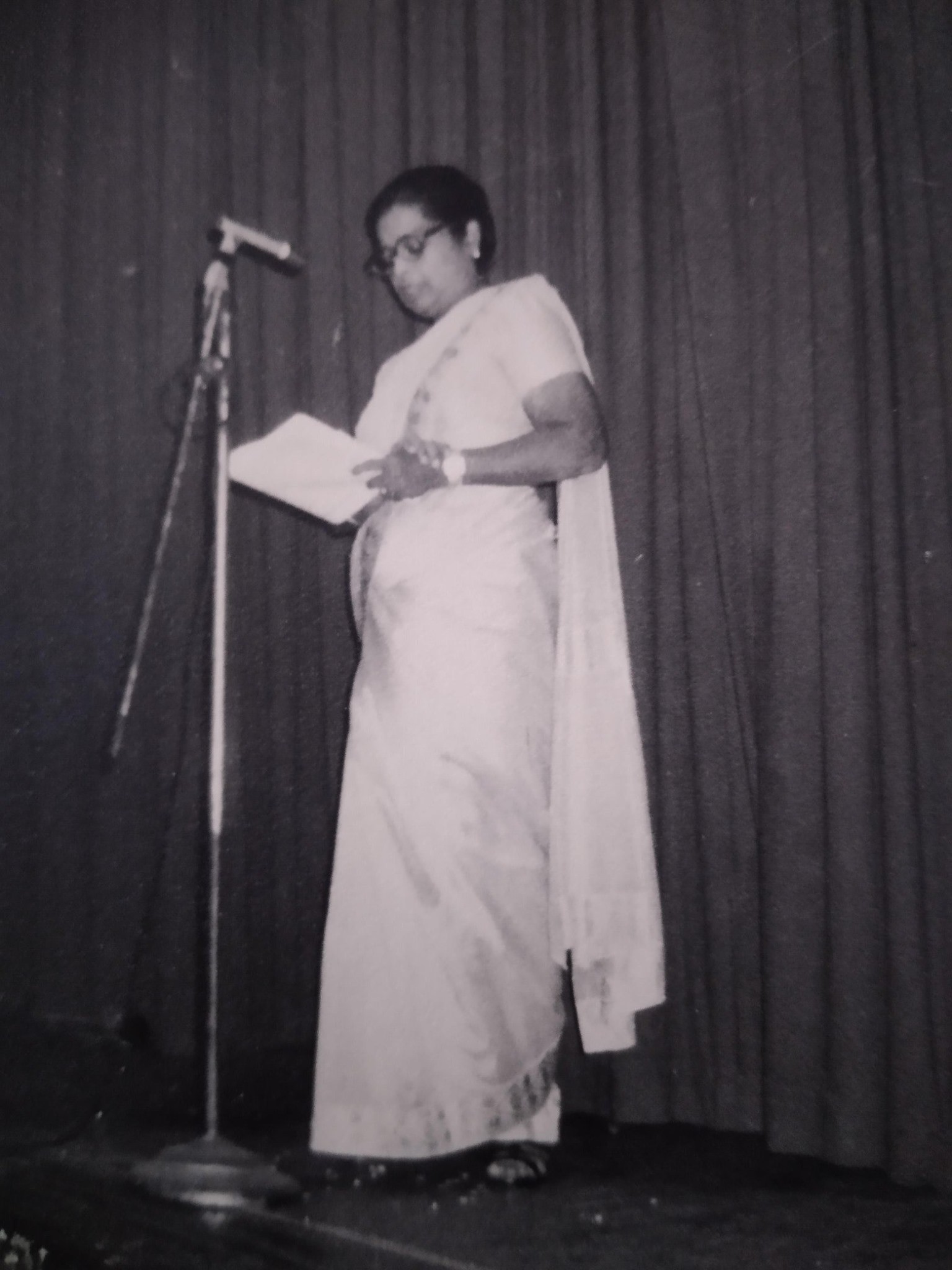 school days - it is the birthday of the person who most influenced me in a very profound way, outside of my home, and made me who I am. Though it is 10 long years since Mrs. Peiris passed away, she is remembered with gratitude. I have no doubt that every past pupil of MC who passed through her hands, from 1968 to 1991, would have been influenced in a similar way, and remember her with gratitude.

So what shall we remember her for, 29 years after retiring, and 10 years after passing away? It is not the time to mention again how she steered the school, the changes she made, or the buildings that were erected under her tenure. Rather let us look at how she influenced her students, teachers and parents.

Mrs. Peiris seemed inflexible - both in her ramrod stature and her personality. But many are the stories told of how she interacted with troubled children when they were brought to her notice. Though she seemed stern and ‘forbidding’, she could be relied on to show compassion and empathy because of her deep faith and calling.

Her deep faith was evident and expressed not only by her words but also by her deeds. When I reflect on her actions during the 1983 riots, when she opened up the school premises to the school and church family who flocked for refuge, I know it was her absolute trust in the faithfulness of her God that gave her such courage. I contrast it with the present, when the first instinct is to protect the premises of schools from those without. How come we missed out on her realization that people were more important than buildings? In this COVID-19 era, let us think of her courage in doing what is right and taking risks, over doing what is ‘safe’, especially with regard to the welfare and dignity of fellow human beings.

When I reflect on the ‘veneration’ that most past pupils and I have of her, it is curious that we can do it from this distance, knowing that many of us might also have had experiences where she was ‘tough’ and uncompromising. She was just doing what was right and fair, and though parents, staff and students might have felt disappointed or upset, with the distance of time, the stance she took perhaps now seems admirable. Nowadays, those in authority, especially in schools, are forced to second guess the consequences of any decision because of the outcry that would occur from one party or another. I pray that all of us will have her wisdom in making well thought out decisions and the courage to stand by them, irrespective of any immediate consequences.